Love is not all: it is not meat nor drink
Nor slumber nor a roof against the rain;
Nor yet a floating spar to men that sink
And rise and sink and rise and sink again;
Love cannot fill the thickened lung with breath,
Nor clean the blood, nor set the fractured bone;
Yet many a man is making friends with death
Even as I speak, for lack of love alone.
It well may be that in a difficult hour,
Pinned down by pain and moaning for release,
Or nagged by want past resolution's power,
I might be driven to sell your love for peace,
Or trade the memory of this night for food.
It well may be. I do not think I would.
Edna St. Vincent Millay was one of the writers -- along with Whitman and Dylan Thomas -- who drew me to poetry as a teenager. More than 50 years later, I still love and admire her work.
Millay was born in 1892 on the rocky coast of Maine; she and her two sisters were raised by their poverty-stricken mother. (Her middle name came from the New York hospital where her uncle's life was saved shortly before she was born.) She attended Vassar as a scholarship student and published her first collection of poems the year she graduated.
She then moved to New York's Greenwich Village, where she made friends among the writers and artists there and supported herself by writing stories for magazines, under the pen-name Nancy Boyd. Meanwhile, her poems were acquiring a wide readership, based as much on her frank sexuality and feminism as on her skillful writing.
At 31, Millay became the first woman to win a Pulitzer Prize for poetry for The Ballad of the Harp-Weaver. She went on to write many more poetry collections, six verse dramas and the libretto for the opera The King's Henchman. Despite her convictions as a pacifist, she worked tirelessly to support the war against fascism in the 1940s, writing both poetry and propaganda for the cause.  Millay died in 1950, at the age of 58, at her home in Austerlitz, New York.
Millay's poetry belongs to English verse traditions that stretch back to Shakespeare, but, like Robert Frost, she infused them with the vital cadence of American speech and a distinctly personal voice. Seldom has any American deployed rhyme so effortlessly: no wonder she was one of Thomas Hardy's favorite poets.
If Millay's work seems too overtly emotional to many 21st-century ears, that loss may be ours. Her best poems seem likely to live as long as English does.

Posted by Frank Beck No comments: 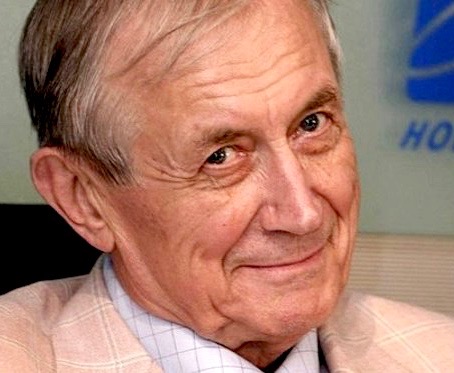 In any man who dies, there dies with him
his first snow and kiss and fight.
It goes with him.

There are left books and bridges
and painted canvases and machinery.

Whose fate is to survive.
But what has gone is also not nothing:

by the rule of the game, something has gone.
Not people die, but worlds die in them.

Whom we knew as faulty, the earth's creatures.
Of whom, essentially, what did we know?

Brother of a brother? Friend of friends?
Lover of lover?

We who knew our fathers
in everything, in nothing.

They perish. They cannot be brought back.
The secret worlds are not regenerated.

And every time, again and again,
I make my lament against destruction.

In my twenties, I came under the spell of modern Russian poetry, especially the work of Boris Pasternak, Yevgeny Yevtushenko and Bella Akhmadulina. I encountered their poems not only in English translations but through recordings. (Yevtushenko was an excellent performer of both his own work and the poetry of Pasternak, Mayakovsky, Tsvetaeva and others.)

The Russian poems were full of open vowels, rolled r's and emphatic consonants that made them more sensual that the English-language poetry I knew, and the Russians seemed more at ease expressing powerful emotions. The link below to a 1979 Yevtushenko reading will show what I mean.

Returning to Yevtushenko's work now, it still impresses me with its warmth, its insight, its lightly-worn eloquence. In this poem, which closes the Penguin selection of his verse in Robin Milner Gulland and Peter Levi's fluent translations, Yevtushenko reminds us that every lament is, in part, a celebration of those we mourn.

"The River Merchant's Wife: A Letter" 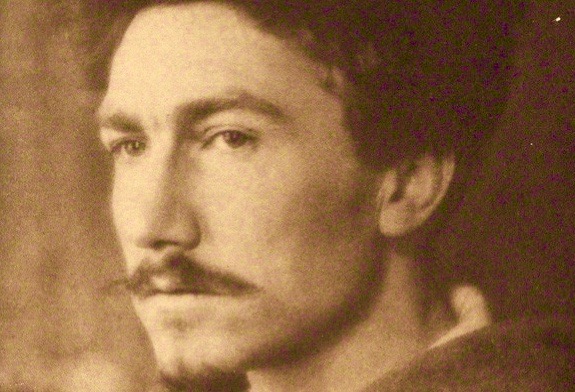 While my hair was still cut straight across my forehead,
I played about the front gate, pulling flowers.
You came by on bamboo stilts, playing horse;
You walked about my seat, playing with blue plums.
And we went on living in the village of Chokan:
Two small people, without dislike or suspicion.

At fourteen I married My Lord you.
I never laughed, being bashful.
Lowering my head, I looked at the wall.
Called to, a thousand times, I never looked back.

At sixteen you departed,
You went into far Ku-to-en, by the river of swirling eddies,
And you have been gone five months.
The monkeys make sorrowful noise overhead.

You dragged your feet when you went out.
By the gate now, the moss is grown, the different mosses,
Too deep to clear them away!
The leaves fall early this autumn, in wind.
The paired butterflies are already yellow with August
Over the grass in the West garden;
They hurt me. I grow older.
If you are coming down through the narrows of the river Kiang,
Please let me know beforehand,
And I will come out to meet you
As far as Cho-fu-Sa.

In my early twenties, I didn't know many poems outside the Anglo-American tradition. I had studied Latin for six years but didn't see how the Aeneid or any other verse from a foreign language could help my writing in the 1970s. Then I read Hugh Kenner's The Pound Era and learned how Ezra Pound had found, in ancient Chinese poems, a model for using imagery in modern poetry.

In 1913 Ezra Pound was a 28-year-old freelance writer living in Church Walk, Kensington. He'd been reading Confucius and grew interested in Chinese poetry after discovering the stilted but evocative translations of Herbert Giles, a Cambridge University sinologist.

By an extraordinary piece of luck, Pound met Mary Neil Fenollosa at a London party. She was the widow of the American scholar Ernest Fenollosa, who had spent years studying Chinese verse. Impressed by Pound's earnestness and by his poetry, she entrusted the young man with her husband's research notes.

Working from them, Pound translated 17 poems by Li Bai (sometimes called Li Po or Rihaku) and several other Chinese poets, and in 1915 he published them as a collection titled Cathay. Many of the poems dealt with separation and loss, and, in the second year of The First World War, they resonated strongly with readers.

I've loved this poem since the first time I read it. The woman's voice is convincing: the handful of details it offers brings a whole world to life but without any unnecessary embellishments. If you've ever been parted from the person you love, I think Li Bai's poem, brought over into English with such care and affection by Pound, will touch you.


Posted by Frank Beck No comments: