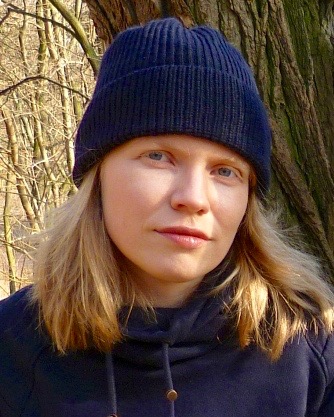 once the door is shut, even the dogs in their
kennels are hushed. air traffic ceases, no
mower, no ticking alarm clock, no intrusion. just

the curtain seam that drags along the floor. a shaft of light
that strikes my eye. a sense of fever. timber creaking softly.
just a wasp that bounces off the window. the sway of firs

outside, and in my room, where someone
lurks with blunted blade, motes are trembling. dust.
dust. i hear the wasp that is above me. a clatter of

plates from the kitchen, a clink of glasses, now cutlery:
who, if i cried out, would hear me, once the animal film
on channel three and all that talk are underway

and none of it addressed to me, trapped in boundless
afternoon light. dust. dust. am i the insect, weary beyond
measure; this is the bed my mother lay in as a child.

At first glance, Nadja Küchenmeister's poems seem to follow a template used by many poets today: domestic scenes are described in close detail, implying emotions rather than expressing them directly. But, as her poems continue, the ear picks out intricate patterns of rhyme and assonance, creating a level of formal beauty unusual in verse now. Yet there's nothing self-conscious about them; her poems, however melodic, are rooted in the mundane scenes they spring from.  Roman Bucheli, arts editor for the leading Swiss newspaper, has called her "a virtuoso of the unspectacular."

Indeed, Küchenmeister has been widely praised as a refreshing new voice in German-language poetry. Die Zeit named her second collection, Unter dem Wacholder (Under the Juniper Tree) one of the best books of 2014. When the collection won the Bremen Literature Prize, Mareike Bannasch described it as inspired by Rainer Maria Rilke, Tom Waits and the Bible.

In a 2014 segment on SWR2 Radio,  presenter Gabi Schlag said, "Her first book of poems, Alle Lichter (All Lights) [published in 2010], is a reflection of the angry Nadja Küchenmeister: the undefeated person who asserts the right to create new meanings: her own value system. In Unter dem Wacholder, the melancholy, death-hungry poet is just as unconditional: hard and precise. Her ability to portray the process of remembrance in all its mystery and magic is unbroken."

Two excellent and experienced translators, Hans-Christian Oeser and Gabriel Rosenstock, have published English and Gaelic versions of Küchenmeister's work, which were issued by the Irish publisher Litriocht. To be fully appreciated, however, her poems must be heard in German (see the first link below).

Küchenmeister's third collection, Im Glasberg (In a Glass Mountain) was published in March 2020. One of the poems in the collection has been chosen for the Frankfurter Anthologie. 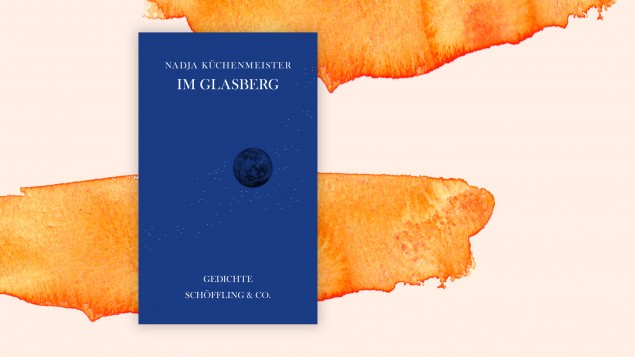